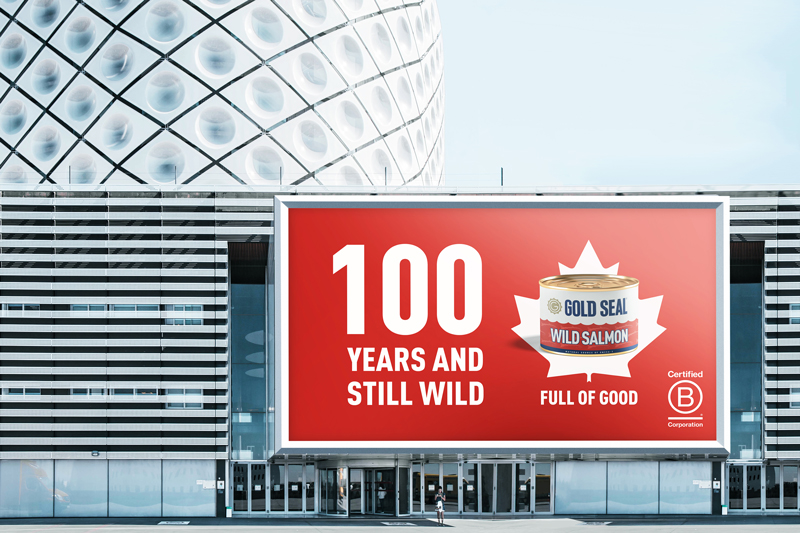 Blink was set the task to create a campaign to Celebrate the 100th birthday of this great, iconic, Canadian brand. Nothing has changed over the 100 years; salmon and a bit salt in a can. It’s what our parents and grandparents ate. Keep it simple just – just like the product. Raise awareness of the Gold Seal pedigree and longevity and also get in the fact that this is wild caught salmon.

With an uncluttered visual that highlights the Canadian heritage and uses the original Gold Seal can and the current day can to show that nothing has changed at Gold Seal.

The tagline calls out the 100 Years and wild caught in one simple line – the maple leaf… well that need no explanation.

This campaign idea was then rolled out across Out of Home, Website, Social Media and PR. 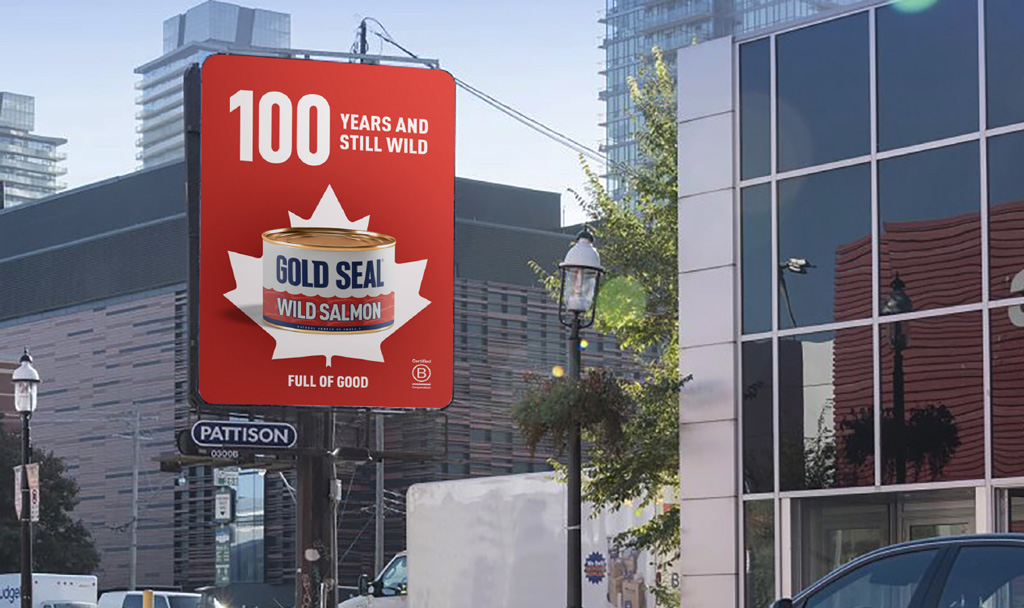 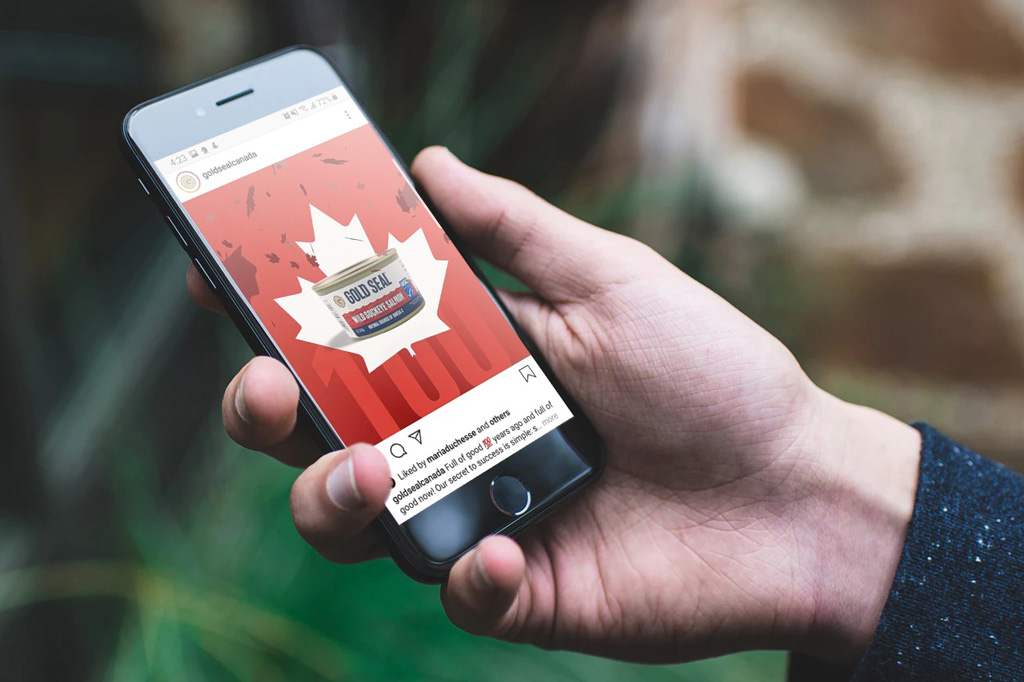 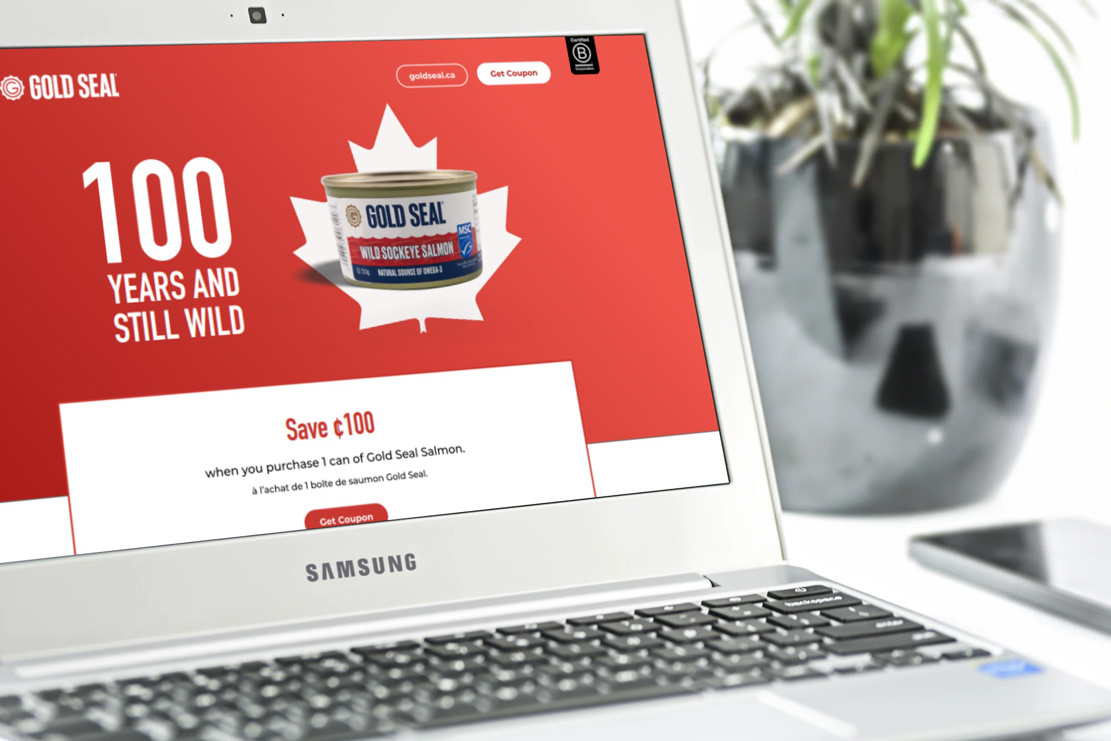 2019 marked 100 years since Gold Seal began canning salmon. In 1918 the west coast adventures at the Home Plant cannery built in the heart of Vancouver’s waterfront began.
At that time Gold Seal specialized in just one type of canned seafood – salmon!

Since its early days, Gold Seal has set the bar high as a trailblazing industry leader. This innovative spirit led to a number of notable highlights throughout the company’s history. In 1927, Gold Seal created the first fisheries research laboratory in Canada to control and improve product quality, as well as to develop new products and processes.

With popularity growing to new heights it wasn’t long before Gold Seal diversified their product offerings and began providing canned seafood items like sardines and mackerel.
Always on the hunt for a good catch, Gold Seal first employed a relatively unknown artist by the name of Walt Disney in the 1940s to design some of its first print ads and promotional characters.

With the brand’s growing popularity and success over the following years, it soon caught the eye of the third largest privately held company in Canada, and in 1984, Gold Seal became part of the Jim Pattison Group. This partnership, which still exists today, provided opportunities for expanded distribution throughout Canada.

A lot has changed since 1919. Back then Ford Model-T cars were the choice of the driver, 2019 the Tesla is the drivers (driverless) choice. We were using Candlestick phones in 1919, today those phones have become cameras/music players/super computers in the form of iPhones and Pixels.

Back then, if we wanted answers, we turned to the Encyclopedia Britannica; today we turn to Wikipedia.

At Blink it was easy for the team to quickly highlight the juxtaposition of a brand that has been around for 100 years but has not changed, compared to a world that is moving so quickly it is hard for us to keep up. This modern life is rarely simple but Gold Seal is.

This was the starting point for stripping back the campaign to its basic form.

Blink adds to its award shelf with the following fabulous honors. From Kickstarter fund-raising video 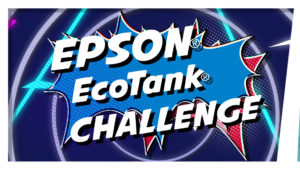